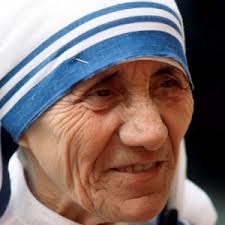 We were at a graduation on Saturday. The speaker shared this message. It's worth remembering.

People are often unreasonable, illogical, and self-centered;
Forgive them anyway.
If you are kind, people may accuse you of selfish, ulterior motives;
Be kind anyway.
If you are successful, you will win some friends and some true enemies;
Succeed anyway.
If you are honest and frank, people may cheat you;
Be honest and frank anyway.
What you spend years building, someone may destroy overnight;
Build anyway.
If you find serenity and happiness, they may be jealous;
Be happy anyway.
The good you do today people will often forget tomorrow;
Do good anyway.
Give the world the best you have and it may never be enough;
Give the world the best you have anyway.
You see, in the final analysis, it is all between you and God;
It was never between you and them anyway.

For the Love of a Child

Thomas loved to go fishing with his father. They had such great fun together. When he was six, his parents were killed in an auto accident, and he came to live with his widowed grandmother.
Before his parents died, Thomas was a happy go-lucky little kid. But now he tried to do everything he could for his grandmother. If she wanted a soda, he hurried to get it for her. He ran to get the newspaper as soon as it was delivered. He watched her constantly—careful to meet her needs, not thinking about his own.
His grandmother brought him in for counseling because she was worried about him. This young boy worked out his feelings of sadness and grief over his parent’s death; and as his therapy progressed, he told me he was afraid his grandmother would die also, and he would have no one to take care of him.
The next session the three of us talked about all the people in his family that loved him—aunts, uncles, and cousins. His grandmother told him she was the lucky, special one who got to take raise him, but others in the family would love to care for him also.
I suggested that Thomas and his grandmother plan a special trip—something that Thomas would enjoy. He thought about it and decided he would like to go fishing just like he and his father used to.
Grandmother, Thomas, and his Uncle Jack spent the weekend at Uncle Jack’s favorite fishing hole. Thomas had a great weekend. He brought back this picture to show me. 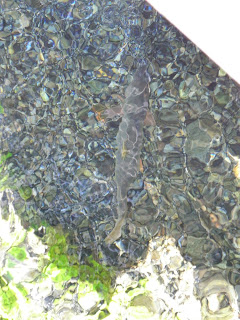 “See the fish in the jewels? I was hiding inside before I came to see you, just like the fish in this picture. But now I don’t have to hide anymore.”
I love the insight of this small boy. When I think of this incident, I wonder if there are other children hiding themselves in order to meet the needs of an adult. Look around you. Be an advocate for a child. Help him become the best he can be by developing a strong sense of self. Include service in his young life, but not at the expense of losing his childhood.
Help him be true to himself.
Posted by Christy Monson at 7:02 AM 2 comments