Melt butter with sugar and water. Turn the heat on high and don't turn it down. Stir constantly.

Cook 10 - 15 minutes until the candy is caramelized.

The candy will be caramelized when it turns a light brown and you see little puffs of smoke coming from the bubbles. Add add the vanilla before you pour the candy out to cool.

Pour candy out to cool. Use a marble slab if you have one. Otherwise set a cookie sheet onto a bread board to protect your counter from the heat and pour toffee onto the cookie sheet.

Sprinkle on the chocolate chips and let them melt.

Break the cooled toffee into pieces and enjoy!
Posted by Christy Monson at 11:22 AM 8 comments

Gratitude is not only the greatest of virtues, but the parent of all others. Cicero

I am grateful for those of you who read my posts and follow this blog. I'm giving away my Becoming Free, A Woman's Guide to Inner Strength as a thank you. Leave a comment to enter the drawing. I'm grateful you dropped by.

Some thoughts on gratitude 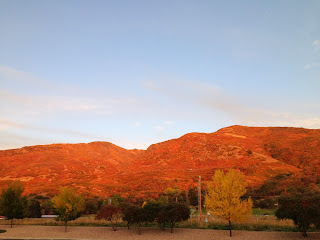 Enjoy the beauty of your surroundings. I love the fall colors 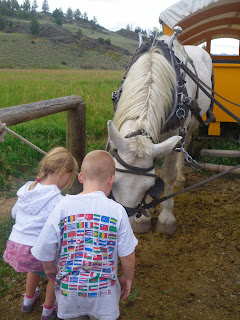 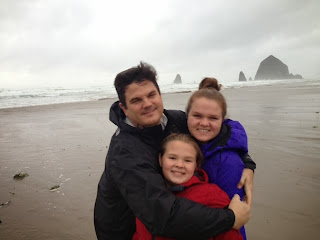 As we express our gratitude, we must never forget that the highest appreciation is not to utter words, but to live by them. John F. Kennedy

Have a great day! Christy

Posted by Christy Monson at 6:00 AM 26 comments

Failure, The Key to Success


I love to write, but marketing my books after they are published is not my favorite past time. The other day I sent out a press release. I expected some response from it, but got nothing. I felt a little depressed and then more depressed. What else could I do?
I have a wonderful, plucky author friend, Drienie Hattingh, originally from South Africa, who has had good success  marketing books. I was complaining to her that I was a failure, and she told me I had to be more proactive--do more than just send out an electronic press release. "Go to the newspaper or the radio station in person and take them a book."
I did it, and found success.
What did my sweet friend teach me?
1.         I needed to be more proactive. I could do more than just sit and wait. In short, I needed a giant dose of persistence.
2.         If things didn't go just like I wanted them to, I had to find another way. People that are successful are resilient enough to try something else.
3.         If one thing doesn't work, try something else. I went to a workshop where I heard the phrase, 'No only means next.'

Here are a few famous people who failed before they found success.

Walt Disney was fired from a newspaper job because the editor told him he didn't have an imagination or good ideas. Disney went on to start several more businesses that failed and ended in bankruptcy.

Abraham Lincoln lost his job, failed in business, was defeated for Congress and the Senate among other trials. He was finally elected President in 1860. What would our country have been without his persistence and resilience?

J.K. Rowling, author of Harry Potter, began the first book as a poor divorcee with a child to raise. She only had an old manual typewriter to write the first book on. After she finished the book, twelve publishers refused the manuscript. The editor at Bloomsbury who finally accepted the novel told her to get a day job because there was no money in books for kids.

“You might never fail on the scale I did,” Rowling said. “But it is impossible to live without failing at something, unless you live so cautiously that you might as well not have lived at all—in which case, you fail by default."

So now I feel embarrassed and somewhat ashamed of my complaints because of my own lack of effort. My success will be measured by how many times I can keep going despite hearing 'no.'

Use your failures as stepping stones to success.

Discouragement and failure are two of the surest stepping stones to success. Dale Carnegie

Posted by Christy Monson at 8:25 AM 3 comments


Sara Bogus's life turns upside down when she discovers an emerald ring that once belonged to Cleopatra. With the help of her BFF, Heidi,  she discovers an unsettling connection between the recent burglaries in her neighborhood and her new piece of jewelry.
The fun of discovering the ring's unique abilities turns to fear when Sara finds out a dangerous cult bent on restoring Rome to power is after the ring. Forced to choose between keeping the ring and saving her friends, Sara learns the price of bravery in this electrifying read!
A great action-packed read the will thrill children everywhere, this book has an intriguing twist that all readers will enjoy.
Purchase this book as a great Christmas gift for children in your life.

Follow this blog and leave a comment for a chance to win a signed copy of the book.

About the author
Dorine White is a children's author and a book reviewer. I grew up back East in Maryland and attended BYU in Utah. I have a BA in Humanities with an interest in Art History and French. Currently I live in the beautiful, yet rainy Northwest with my husband and 6 children.

My first book in The Cleopatra's Legacy series, The Emerald Ring, was published by Cedar Fort Books on May 14, 2013. It is a middle grade fantasy novel that involves Ancient Egypt, Cleopatra, and a magic emerald ring.