A Visit from the North Pole


Just after Thanksgiving the children and grand children in our family begin making cookie and candy houses in anticipation of visitors from the North Pole. The guests, a fairy family, come to stay until Christmas. The fairies have lots of fun adventures, let Santa know how good everyone's been, and tag along (in secret) on holiday service projects. 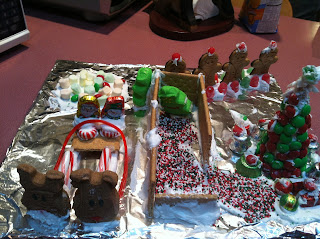 The sky's the limit on the spread the kids create for their family - sledding hills, skating ponds, and swimming pools with diving boards. One house had a slide that started at the top of the roof and shot down onto a toboggan run that extended to the end of the gum drop garden. Candy trees covered with licorice vines give the fairy family a great place to swing from.
We began this tradition years ago when our children were little, and now each set of grandchildren has their own fairies. The ones that used to come to our house were Uncle Henry and Aunt Agatha who tried very hard to keep their niece and nephew, Tom and Martha, under control. But Tom and Martha used to get mixed up in silly adventures that our children loved. Tom broke his ankle on the toboggan run, and got himself locked in the cupboard by a squirrel. Martha tried to sneak some candy canes from the pantry, but she accidentally knocked over a sack of flour, spilling the contents all over her so she looked like a snowman. 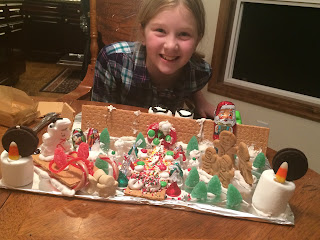 Every night the children write letters to the fairies and during the middle of the night the fairies write back. They make sure to tell the children how much they enjoyed their piano practicing, and how quick they were to clean up the table after dinner.
Sometimes the fairies suggest service ideas to help everyone get in the Christmas spirit - like singing carols for the lady down the street or giving cookies to the postman.
If the day has been very busy and the kids haven't had time to write their letter to the fairies, they call their message from the fire place up the chimney. Sometimes the fairies only have time to draw a quick picture about the nights adventures because they accidentally got shut in the dog house by the cat or stuck up the chimney surrounded by an army of live miniature marshmallows. 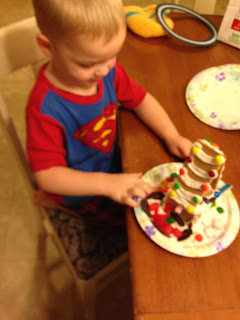 We have found that this is a great way to enhance the holiday spirit and give the children a creative adventure. Invite a fairy families to your house and have as much fun as the imaginations living with you can think up.


Christmas Wonders by Robyn Buttars is a delightful read, filled with love and holiday cheer. This book will bring the magic of Christmas into your home and your heart. It's a delightful holiday story for the entire family. 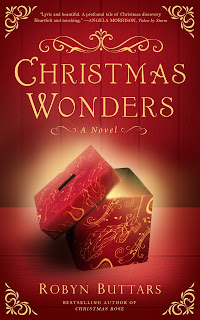 A young boy who has lost his mother searches for the special meaning of Christmas, and, with a surprising twist, finds the caring he has given to others returns to him an hundred fold.


"Have a wonder-filled Christmas," people in Luke's new home town greet one another as Christmas approaches. With a morose father and no memory of a Christmas celebration, nine-year-old Luke feels excluded from the town's tradition, until he finds his deceased mother's nativity. Touched by Mary's protecting embrace of the baby Jesus, Luke experiences his first Christmas Wonder. His discovery sets the town on a soul-changing search for the tradition's mysterious founder—a search that will end in the most miraculous Christmas Wonder yet.

Robyn is a dear friend of mine. She lives her life just as she writes - filling everything around her with service, good will, and love.

I highly recommend this great little Christmas book as a must-have to bring the Christmas Spirit into your home and your heart.

Dre has waited twelve summers to become a man, but during his ceremony the chief banishes his uncle, his mother, and even Dre himself. Thrust into the desert, he struggles to protect himself and his mother from his drug-addicted uncle—and certain death in the barren land.
With only a golden eagle to guide him, Dre struggles to find a source of food and water. Abuse from his uncle and trouble with a neighboring clan could destroy his chance for survival and keep him from finding his place in the world.  Dre must learn what real manhood is if he hopes to survive in the harsh environment. 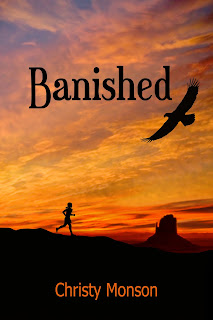 Praise for Banished
"Monson well deserves the title of storyteller, for she has truly captured the music echoing
from Hopi tradition and culture." Marilyn Brown Award

"Beautifully written. This book is full of adventure, danger, and self-discovery, with details of Native American life that really bring this story alive. A perfect choice for a young boy reader, but girls will love it too."   Margot

"The story weaves facts, traditions and beliefs of Native American cultures into a story that is applicable and interesting for kids (and adults). I read the story out loud to my boys (8 and 11) so we could experience the book together. They wanted to keep reading, chapter after chapter and if it had been up to them, we would have finished the book much faster. They could relate to Dre, his experiences, and his desire to protect his mother and honor his late father." Jodi

"A must read for any young man facing the challenges of growing up, finding his path and being true to himself. Although the main characters are boys, girls will enjoy the beauty of the story that addresses Hopi traditions and culture. Determined to to survive on his own so he can care for his mother and unborn brother, Dre faces threats that are both real and life threatening." Robyn

Posted by Christy Monson at 12:00 AM 1 comments

Sliding in the Snow by Melissa Dymock


Grab your gloves and snow boots, it’s time for an adventure in a frozen wonderland—right in your own backyard! Here are fun twists on classic winter pastimes, like sledding and making snowmen. Learn how to design your own backyard winter Olympics.

Things to make and do include: • Saving a Snowflake Forever • Wacky Snow Creations • Making Your Own Snowshoes • Making a Snowball Launcher • Sidewalk Curling • Skijoring • And more! 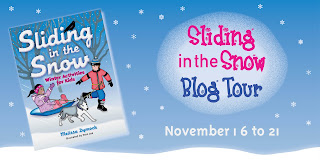 This is a delightful book full of great ideas for winter fun. You can capture and keep a snowflake, make ice spikes, ice ribbons, and other great ideas. The book outlines fun games, like snow mazes, snow launchers, wacky snow creations, and many more. All sorts of winter Olympic games are explained with instructions for making your own equipment. The final chapter rounds out the snow experience with children's recipes, including snow candy and snow ice cream.
This is a must-have book for winter fun. Children in cold country everywhere will enjoy the ideas in this book. My grandchildren will have lots of fun trying these ideas.
Thanks to Sliding in the Snow we can all think outside the winter-fun box.