A Light at the End of the Tunnel

June married a handsome young man who was kind and hard working. She knew she was headed for a “happily ever after” type of life. But as the years went by, June could sense that something was wrong in her relationship. Her husband began to work late many nights. When she asked him about it, he told her he had extra jobs. But the extra jobs were never ending.
June did some investigating and found that he had had a pornography addiction since college. June called her best friend and cried. What had happened to the problem-free life she’d thought she was getting? She and her husband had been together for twenty-five years. There were the children to consider.
Her pastor encouraged both of them to seek therapy. Her husband agreed to counseling. He attended an addiction group and participated in a rehabilitation program as well as separate sessions with his own therapist.
When June came to me for therapy, she was depressed and overwhelmed with her situation. Laundry piled up and the house was a mess. She spent hours journaling her anger and betrayal and then sharing it in therapy. As the months went by, June recovered her ability to participate in daily life. She and her husband learned to communicate on a deeper level than they ever had before.
As she finished therapy, I asked June if she thought she had made a mistake in marrying her husband. She said when she first found out about the pornography, she would have said yes, but now she had found the light at the end of the tunnel. She could see all the good that had come from their troubles—the strength she had gained from her trial. 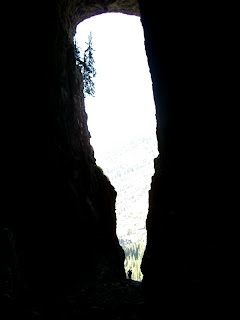 Posted by Christy Monson at 7:45 AM 2 comments

As I looked for positive self-talk quotes the other day, I came across several by Helen Keller. We all know the story of Helen’s mind opening to the understanding of language through the dedicated efforts of her teacher, Anne Sullivan. How difficult it must have been for Helen to overcome her handicaps. What obstacles she had. 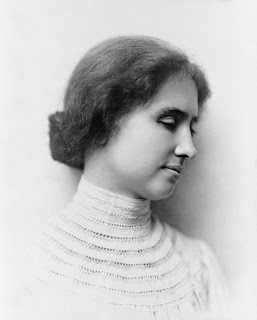 Helen became the first deaf/blind person to earn a college degree, graduating from Radcliff in 1904. Helen went on to become a writer, public speaker, and an advocate for the disabled.

She is an inspiration in positive thinking and actions. Here are a few of her quotes. Enjoy.

The best and most beautiful things in the world cannot be seen or even touched—they must be felt with the heart.

What we have once enjoyed we can never lose. All that we love deeply becomes a part of us.

Optimism is the faith that leads to achievement. Nothing can be done without hope and confidence.

Walking with a friend in the dark is better than walking alone in the light.

I am only one, but still I am one. I cannot do everything, but still l can do something.